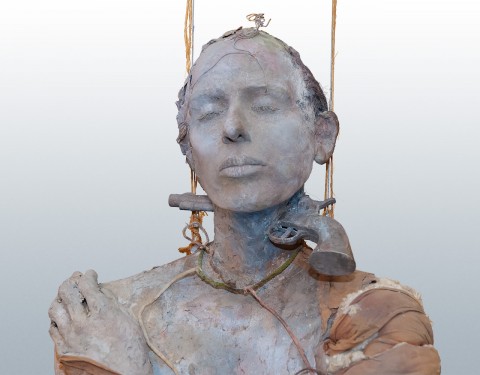 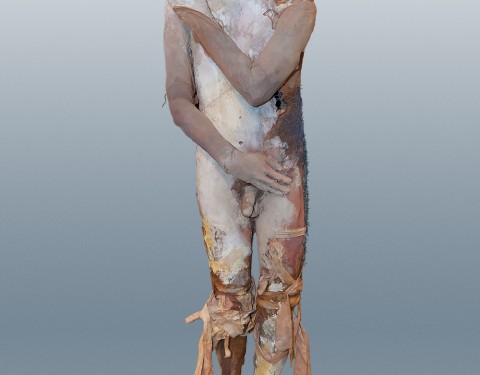 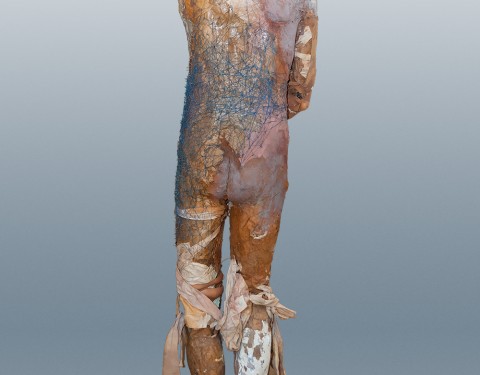 “Tied to the surreal only though her use of imagery from the unconscious –  – the hanged man, the figures connected by rope which is simultaneously umbilical and shackling – it’s initial effect on many is rather terrifying. These figures crack out of their papier mache skins, peel off to wire and sticks where a hand or foot should be, and their surfaces tend toward the fetishistic, with pins, hair and sequins decorating the  fragile, metamorphisizing skin.

Yet Watson does not aim to shock.

Closely examined, there is serenity to the facial expressions of the later pieces, and a beauty in the use of surface elements. Had she been merely creating nightmare images, she could not have given such depth to their emotional substance.”

Excerpted from review by Lee Fleming

Washington Representation, Images (and Counterimages) of the Seventies