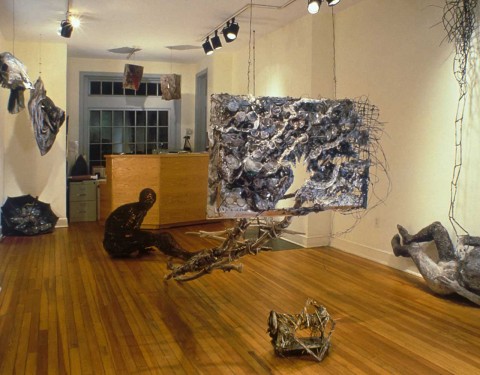 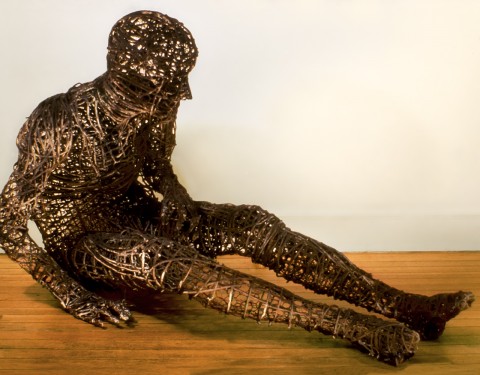 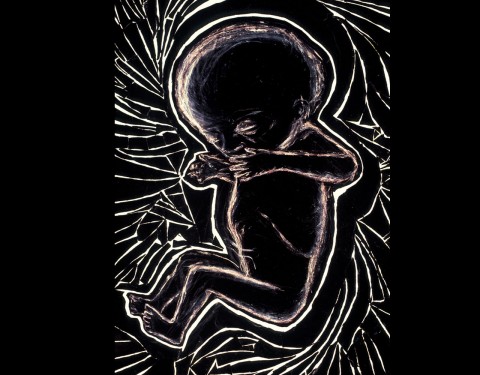 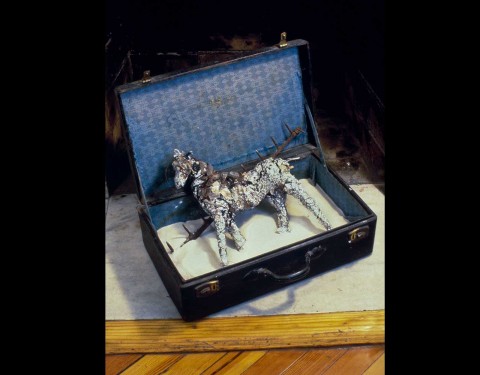 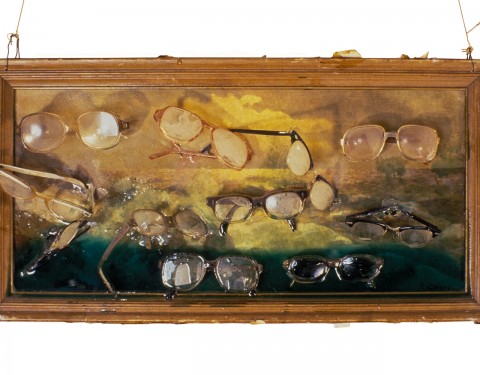 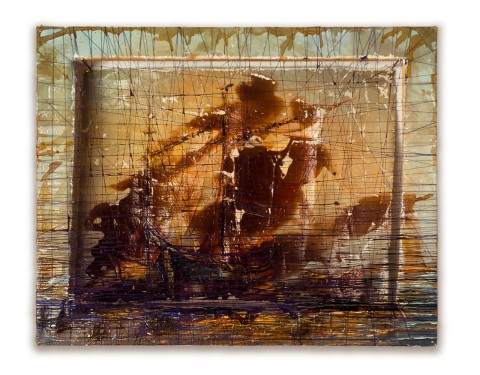 ” At Brody Gallery, sculptor and installation artist Genna Watson wrings a real winner of a show out of some straw, found objects, and wire and clay.

It’s hard to adequately describe the magic this artist’s meticulously made objects evoke.

While concerned with the impact and incongruity of materials presented out of context – rather in the manner of German artists Joseph Beuys and Anselm Kiefer  -Watson is also enchanted by organic structures, human ones included.

She has learned how to convincingly convey the complexity and grace of a torso, or even a stack of what looks like old bones with the unlikely combinations of things.

In a sense she is a magician, a transformer, for she can fool the viewer’s eye- or at least suspend his disbelief-long enough to keep him enchanted with what is patently a hoax. Paradox itself becomes the reason for believing in the authenticity of these bizarre objects.

In this exhibit, titled “Ventriloquists”,  a sled topped with old tools becomes an archaeological bone-yard, thanks to the application of a little clay and paint. You have to look very closely to see that they’re not really bones.

In one striking piece titled “Pivotal Echoes” a woman constructed of a mesh, straw and earth reclines stiffly against the rough ladder leading to the ceiling. No mummified body ever looked more real. A panel of discarded spectacles, snakeskins and crackled acrylic looks something you might reasonably stumble on in a junkyard; something terribly odd, yes, not out of place in the context of Watson’s world.

Watson’s artistic world is on of myth, sexuality, nostalgia and ritual. She assembles her fascinating objects not reveal life as it is, or even as it should be, but as it might be to a necromancer.

If one of these strange apparitions were suddenly to move, to sit up and speak with you, you could forgive yourself for not being the least bit surprised.”